Andrea Sottimano‘s wines were our first real introduction to the best  wines of the area when we were buying our house here and they have remained a firm favourite. Before our purchase we had a high quality dinner in Antinè accompanied by Andrea’s wine, at their recommendation. The night before we closed the deal in May 2007 we were taken to our first Barbaresco a Tavola by the vendors, and now friends Marco & Ingrid Rivetti, at Rabayà. Perhaps driven by sentiment we rated his 2004 the best of the evening. It had been too long since we had visited and it was also an opportunity for Her Outdoors to get broody over their new son Riccardo.

The winery was founded in 1975 and the house was bought by Andrea’s father father purely for the cellar which is over 100 years old and provides a fairly constant temperature of 12°c. (We now have a limited edition print of it displayed in the house).The wines are all essentially made by hand and after 20-25 days on the skins spend 6-12 months in oak on the lees during malactic fermentation which provides movement. Only 20% is new wood that is only used during this period. Nothing is added and the wine is unfiltered and would certainly qualify as “organic” but as Andrea explains he wants it to be in the body of any wine list and not in some quirky section at the back!

The wines we tasted were:

Matte 2010 (not from Aqui!). Light in colour with a floral rose nose. Fresh acidity and not sweet, perfect to sip while nibbling salami.

Pairolero Barbera 2008. Her outdoors’s silky smooth favourite with good acidity/minerality and excellent structure driven by the extended time on the lees

Langhe Nebbiolo 2009. What Andrea describes as “Barbaresco Villages” as it comes from the excellent Basarin Barbaresco vineyard. The vines are only 10-15 years old and Papa believes that is too young to call it Barbaresco. It had only just been bottled after 12 months in old barrique and was obviously quite tannic but it had  beautiful cherry notes and balance.

Fausoni 2008 Barbaresco. A mint nose and balsamic hints from a more sandy location

Cottà 2008 Barbaresco. Dark fruit intensity and superb balance from their oldest vines (50-60 years) planted across the lane. Highly selective pruning is key. My favourite. We also tasted the rich, toffee nosed 2007 and the 2005 which was still tightly closed but one to be patient for: mine is cosy downstairs.

Pajoré 2008 Barbaresco. Spicy, tobacco with a touch of liquorice. Less fruit but a classic from Treiso (more limestone). 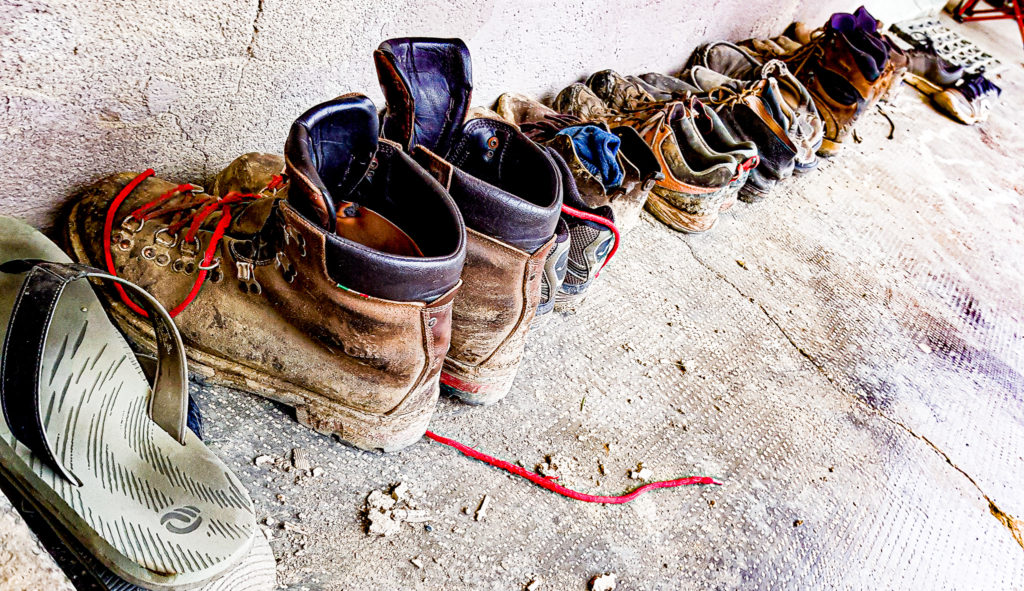