This week we had the good fortune to be introduced by Federico Scarzello to Pete Weimer and Romy Gygax, who run the extraordinary Cascina Ebreo. While everyone in Barolo is anxious to use that aristocratic name on their bottles, Pete takes a different view. 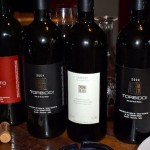 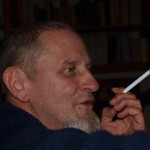 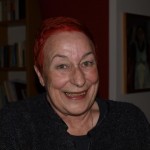 Back in the 90’s after back-breaking renovation and replanting, Pete presented his 1997 report to the Barolo Commission who told him that he made nice nebbiolo but that it was cloudy.

Not completely surprising as the wine was, and is, unfiltered. Pete’s response was characteristic of the man, every year he makes his report and classifies his wine as Barolo and every year a week later he declassifies it and calls it “Torbido” which translates as cloudy or muddy! He is uncompromising when it comes to his wine and sets out to make the best he possibly can without regard to the economics or effort involved. In 2002 which was an impossible year for everyone he made a decent wine but with only 12.5° of alcohol so he refers to it as “Limpido”. In 2003 while most vineyards were frying he spent many hours pruning his vines individually and ensuring that those under stress were cut back to ease their problems. He also made a tea from the nettles in the vineyard and sprayed the vines in the evening to add some nourishment to the foliage. His vines were the greenest in Barolo and production only half of its usual quantity but I have not tasted a better 2003. An organic approach with minimal treatment against mildew, natural manure fertilisers, little technology are important constituents of his philosophy which he describes as Taliban  or radical.  Even his corks are untreated and hand-selected from Sardinia. He could be classified as organic but he hates the bureaucracy and the people who certify it so he doesn’t bother. He doesn’t need to as his wines speak for themselves and he has no shortage of eager private clients, (I am now one); and a US following that provides more than sufficient demand.

He has just released his 2004’s and they are fantastic:

Sinché –now 100% Sauvignon Blanc. Spends 2 1/2 years in Barrique (2nd or 3rd passage) and is unfiltered. A complex wine with citrus and grapefruit notes and reminiscent of the best white Rioja.

Segreto -Barbera that spends 3 years in Botticelli (low toast) but as he explains he is a winemaker not a carpenter and wood only plays a supporting role. This is followed by 1 year in stainless steel before bottling. Cherry acidity but so smooth you don’t sense the alcohol.

Torbido – unbelievable, fabulous Nebbiolo, unfiltered, no selected yeasts, no temperature control and when maceration (14-18 days) is taking place, Pete sleeps on a nearby sofa. A short time in stainless steel then 2 yrs+ in French oak barrels of 600 litres with a little movement to help the clarification process.

Don’t look to read about  his wines in the usual places as he thinks that Parker was a very good saxophone player who died too young!