For many wine drinkers Italian wine means the ubiquitous Chianti and Pinot Grigio, with a cheeky glass of Prosecco every now and again. But Italy has so much more to offer. And nowhere has more to offer than Piemonte. From its food – this is the home of Slow Food and white truffles and the local cuisine has its roots in the French-Italian Savoyard Empire – to its wine, the quality and variety is superb and its “terroir” is as beautiful as anywhere in the world.

The headline wines are Barolo and Barbaresco, dubbed as the “King and Queen of wines”,  and they can compete favourably with the very best that the Old World can offer. But Piemonte has so much more… it is the world’s most diverse wine producing region, offering dozens of varieties across its different regions. 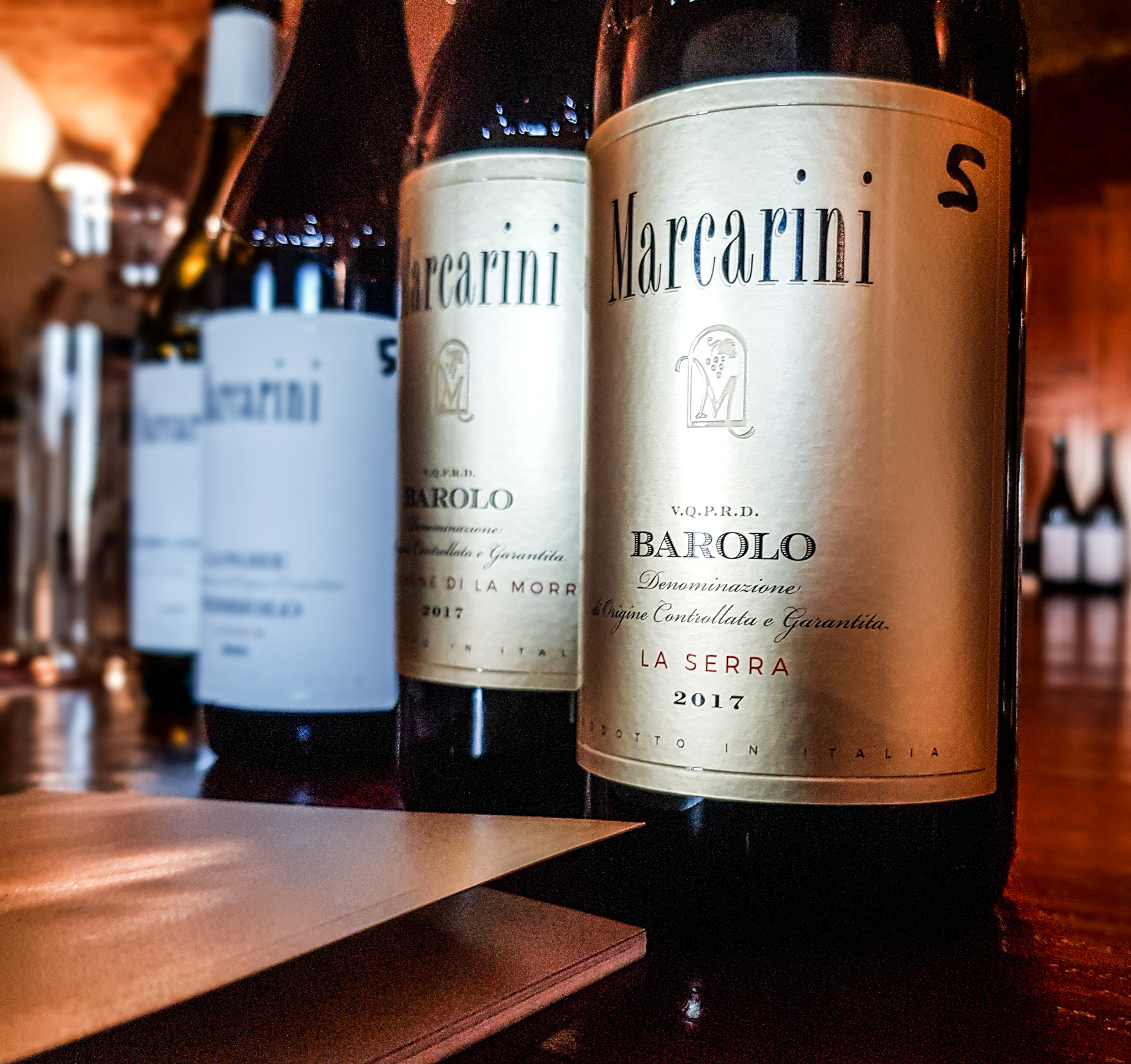 The wines in Piemonte are identified by region and/or grape variety.  All classifications above Table Wine – labelled Vino Rosso, Vino Bianco or Vino Rosato depending on the colour – have strict rules based upon geography (i.e.: where they are grown and made) and production.  The geographical element includes what grape varieties you can use; the production element, what you are allowed to, or have to, do with them once you’ve picked them.

Roero – predominantly white region, mainly based on the Arneis grape

Monferrato – Barbera’s heartland, but with much more than just that to offer

There are many other regions making good-to-exceptional wines, but in small quantities, which are much less recognisable overseas.  They each have their grapes, microclimates, soils and production methods.  And they are all worth looking out for – after all you should try anything once, and much more than that if you like it.  Some of these are listed below:

Gattinara – In quality terms, it’s important, and was often considered superior to Barolo in centuries past, but in production terms it’s tiny, so it goes here.  Based on minimum 90 % Nebbiolo

Carema – Minimum 85% Nebbiolo, 2 years’ ageing of which at least 12 months in wood

Ovada – 100% Dolcetto from near the Ligurian border.

Colli Tortonesi – Loads of wines made here, but notable especially for its white Timorasso wines.

Nebbiolo – The grape of Piemonte.  This black grape is the basis for Barolo, Barbaresco, Roero, Gattinara, Ghemme, Lessona and so on, as well as Nebbiolo d’Alba and Langhe Nebbiolo.

Barbera – The Other grape of Piemonte, if you’re talking about quantity.  The most widely-planted grape in the region, grown all over Piemonte, but most associated with the red wines of the Asti and Monferrato regions.

Dolcetto – More of a Langhe wine than an Asti one, the everyday drinker around Alba.

Arneis – Alba’s white grape of choice, historically.  Grown mainly north of the river in the Roero.

Cortese – The white grape of Gavi.

Nascetta – Commonly held to be the Langhe’s only native white variety, cultivation is centred around the village of Novello in the Barolo region.

Pelaverga – A local of Verduno in the Barolo region, this is a black grape giving pink wines.

In Piemonte, as elsewhere, the classification system – not only in terms of quality (from a perceived or legal perspective) – revolves around where the wine is grown, with the regulations stemming from that.  All manner of stipulations are made based on the traditional practices of the region.

If it just says Roero on the label, it’s red made from Nebbiolo, though the production rules are not quite clear whether that’s 100% or 95% minimum.

If it says Roero Arneis, then it’s a white made from 100% Arneis grapes.

Grape used in many regions – it is Piemonte’s most widely-planted variety.

Given its ubiquity in Piemonte, I’m not going to write every rule here.  Suffice to say that this wine can be anything from a ‘novello’ style, fresh and fruity, released in November after the harvest, to a ‘Superiore’, which has spent at least 6 months in oak.  A lot of Barbera in the Asti and Monferrato areas used to be frizzante – frothy – but that style is dying out now.

Grape used in many regions.

The Langhe’s everyday drinking wine, on the table all day, more or less – though that is also dying out now, given that we no longer really drink wine either because the water is not healthy, or because we need the calories.  Diano, Dogliani and Ovada have their own DOCG’s for 100% Dolcetto wines (but beware, Dolcetto d’Ovada is a DOC, while Dolcetto d’Ovada Superiore – or simply Ovada – is a DOCG.  Keep it simple for the consumer…).

Probably Piemonte’s best-known white wine.  Made down near Ovada on the Ligurian border from 100% Cortese grapes.  They do good Champagne-style wines, too.

Asti DOCG is made from 100% Moscato Bianco grapes and is usually to be found with around 7-8% alcohol, notable sweetness and the fizz of Champagne, though not the quality (and I’ll stick by that).  They recently introduced an Asti Secco, with around 12% alcohol and no sweetner. Moscato d’Asti is 100% Moscato d’Asti, with lower alcohol – 5.5% is the maximum – and lower pressure (2.5 atmospheres).   Get a good one from a smaller producer and they’re great, with a zip of acidity to balance that sugar (like those classic German Rieslings).

Wine has fascinated me ever since my epiphanic moment at university more than 25 years ago.  Abandoning the world of design, I worked in wine shops, tasting anything and everything that I could.  But I became restless to see it being made.  I wanted to get my hands dirty and feel the grapes under my feet.

So I worked a harvest in Australia.  And moved on to a fine wine shop in Melbourne, followed by time in a Tasmanian cellar door.  Then I went to Italy to work a harvest, just to experience it in Europe: the plan was to go to Argentina the following (European) spring to do a harvest there.  That Italian harvest was in Piemonte, and it was 2001.  I never did get to Argentina…

There are so many grapes and regions just in Piemonte.  The greatest strength of the region – like the rest of Italy, and with their foods, not only the wines – is the cleaving to traditions.  We enjoy the fabulous regional dishes of the country because they have been refined and refined over centuries, until they are made ‘just so’.  If you want to make classic Genovese pesto, you do it in a very particular way.  No ifs, no buts.  No straying from the one true path.

But there are buts…The production of traditional food and, even more so, wine, has gradually been codified in law in Italy as elsewhere in Europe.  For wines, this has been based on geographical regions and has prescribed – and, equally importantly, proscribed – all manner of things, such as grape varieties, location of vineyards, production methods, ageing requirements and so on.  Traditions have been taken as the basis for the legislation, bringing into law the common practices of the area.

In Piemonte, for example, the common practice was to make single-variety wines, even though most places grew more than 1 variety and often several.  The result has been that wines which are a blend of different varieties have not really caught on here in the way they have in other places.

But – you see?  There’s one – this does not mean that those wines are not worth making.  In the same way that making your ragù or ravioli to a precise recipe means innovation is stifled, making only those wines that your parents and their parents made has the same effect.

So my own personal take and adventure is to try these things.  Hence Byrne Vini. 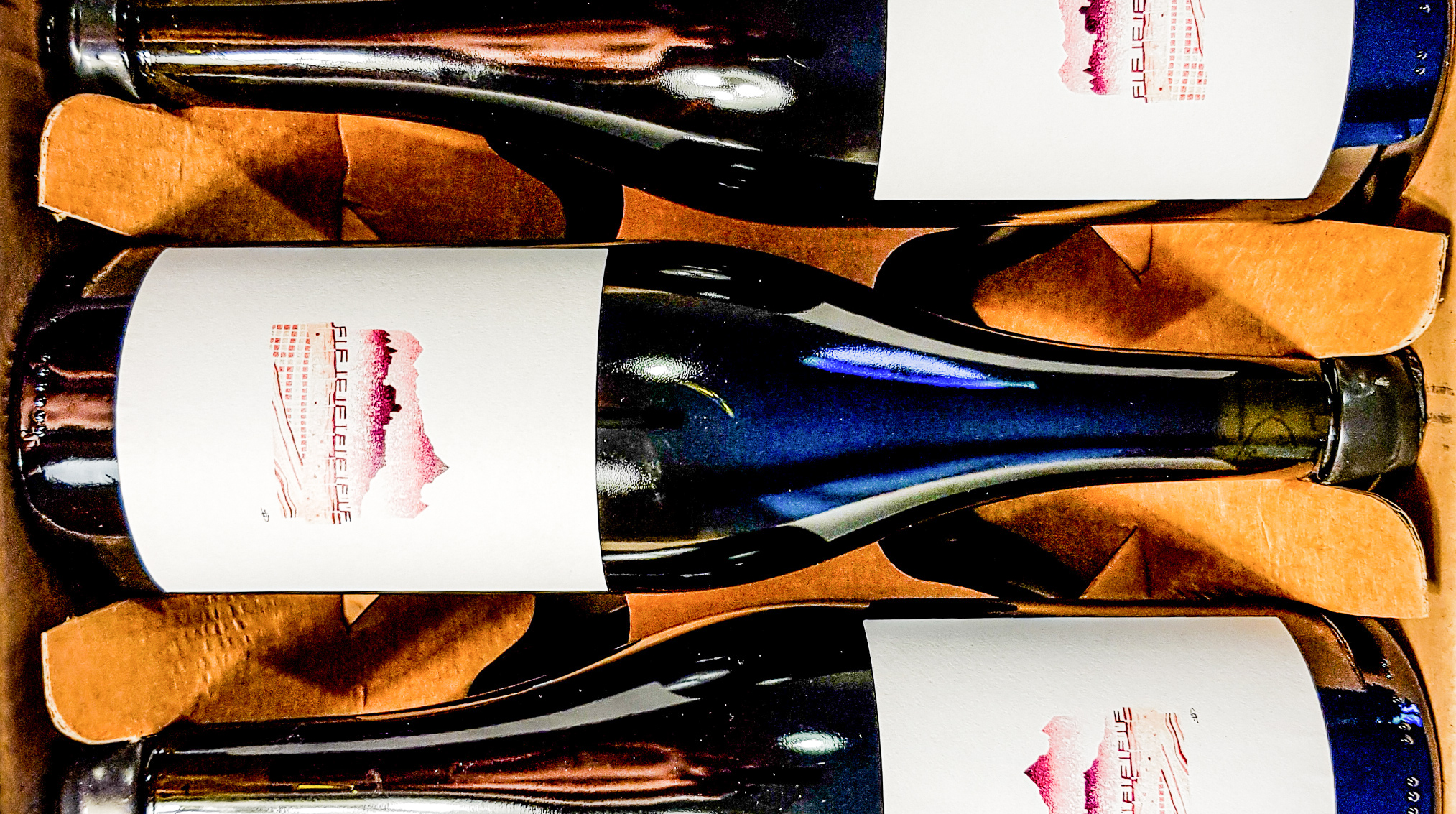