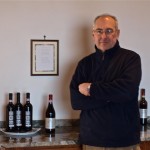 Thanks again to a another chance encounter in Torres we recently had the opportunity to visit another of our neighbours, Bruno and  his father Beppe Rivetti the founder of Cascina Vano. To make sure that we didn’t get lost, Rivetti is a common name in Barbaresco, papa Beppe very thoughtfully came to our house to lead us to the Cantina. Beppe founded Cascina Vanno in the 1970’s ( although wine has been produced here for over 100 years) and was joined by his son Bruno when he graduated from la Scuola Enologica di Alba 20 years later. They have 8 hectares of vineyards, of which 3 are rented, that produce 5 wines principally: Barbera d’Alba, Dolcetto d’Alba, Moscato d’Asti, Langhe Nebbiolo and of course Barbaresco. As is common in this region, they exhibit a real passion and pride in their wines and  only use chemical treatments when it is absolutely necessary for the health of the vines. The wines are a good expression of the local art and affordably priced. Unusually they also produce bargain wine boxes of 5 and 10 litres of Chardonnay, Barbera and Nebbiolo for private clients which are great for everyday drinking. We have subsequently demolished 5 litres of chardonnay at a one of our regular Curry Club meetings for Expat friends with withdrawal symptoms. The Barbaresco Canova 2004 is well made in Slavonian oak with violet, cherry and aniseed notes and soft tannins and very well priced at €13. Some other vintages are also available and the 2006 can also be bought in magnum at €26. The €5 Barbera d’Alba 2007 was a well structured example with a lovely forest fruit nose. It has only seen stainless steel but certainly benefits from 2 to 3 years in the bottle. I always tend to steer clear of Dolcetto, but here was another that I know I will enjoy slightly chilled with a summer BBQ; light and fruity (cherries). Completing the tasting were the Barbera d’Alba Carulot 2007 (€8) that after 15 months in barriques and botti of 500 litres has added depth, spice and ripe fruit. and last but not least the Langhe Nebbiolo 2008. From just outside the zone  in Neviglie, we loved the aniseed nose and at €6 an everyday nebbiolo opportunity. 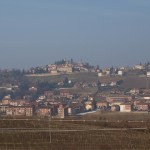 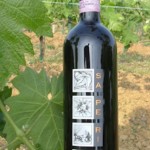 Bruno has also done something unusual for the zone  and joined forces in 2008 with 3 producer friends to produce a joint label/brand that they all promote alongside their own. It is called Saperi, the name being created from their 3 surnames: Flavio SAglietti, Fabio PEzutto, Bruno RIvetti. We tried the rich and spicy (liquorice) Barolo 2004  which at €17 represents decent value . 1 year in barrique and 2 years in botte grande imparts good complexity and structure. Good Barolo doesn’t need to be expensive! They also market Barbaresco, Arneis, Dolcetto and Moscato d’Asti under the Saperi label and it’s good to see such a combined effort.