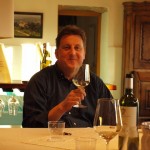 I had wanted to visit the cantina of Marchesi di Gresy for some time as I had always admired the house on the hill above Tre Stelle with it’s terrace on the roof offering 360° views. I had assumed that that was also the Cantina but as it turned it, that is the old family house, and the cantina is tucked away on the hillside below Tre Stelle. We arrived slightly late and parked the car and went in to meet Jeffrey Chilcott, the Cellar Master.I had left my camera in the car (unlocked) and as I went outside to retrieve it I saw one of the guys from the estate hanging out of the door trying to wrestle the car away from the vineyards. Someone hadn’t put the handbrake on and it had slowly crept across the car park towards the vine covered hill below. Tragedy averted: the car was unimportant but that would have been a lot of wonderful wine destroyed.

Jeffrey, an top host, came to Piemonte from New Zealand 20 years ago and has worked for the business for 12 years on and off: there’s a message there for wine lovers. The estate has been in the family for 200 years and their principal Martinenga vineyard is a massive 11 hectares. The new cellar was updated in 2004 with it’s new roof covered in solar panels and produces 200k bottles a year of which a quarter is Barbaresco. Distribution is 40% domestic, 35% USA and the rest split between 25 countries.

We were joined in the tasting by a great group of people: Mario and Sabine from Austria, and Michael (amongst other interests a wine importer) and David from Memphis: The marathon that was to last 7 hours or so started with the unmistakeable nose of NZ, a 2009 and 2010 Sauvignon Blanc that were reminiscent of the wines from Marlborough unsurprisingly. We didn’t expect to find Sauvignon Blanc like this in Barbaresco. The 2010 had only been bottled for a couple of weeks so was still very young but the 2009 was much richer and mineral with good length but unfortunately sold out. 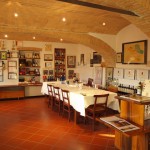 The business end of the tasting room - Marchesi di Gresy

We then ploughed our way through:

2007 Martinenga Barbarbaresco, a wine that I tasted last year but didn’t particularly like. A year on it was a totally different wine with what you could describe as a “happy” nose of orange peel and cloves. Really elegant with lovely balance and drinking well. The Martinenga 2006 on the other hand was much more closed and traditional but worth waiting for.

2006 Gaiun Barbaresco, only produced in the best years, was superbyl elegant and structured with a long caramel finish. The 2007 was not produced as the vineyard was hit twice by hail.

2005 Camp Gros Barbaresco was fortunately finished early on the 1st October before a week of rain. Still tannic but spicy with coconut and almost a sense of chinato.

Last but not least was a “guess the year” Martinenga. Obviously older with tar and tobacco predominent but still fresh for a wine almost 25 years old (1987)

3 hours on and it was dinner time and we adjourned to casa nostra for a suggested takeaway pizza that turned into a hastily prepared risotto and some promised older Bordeaux and  a lovely bottle of Jeffery’s Merlot “da Solo”. As much as I am a nebbiolo convert I have to admit that the French can make a decent drop of wine. Mouton Rothschild 1984 (buy the best in poor and hopefully cheaper years) and 1985 Leoville Barton (once a bargain) were fantastic and still fresh: 1997 Fox Creek Reserve Cabernet Sauvignon also showed that Australian wine at the top end can compete and 2004 Calon Segur (another great bargain buy). The biggest bargain of all was the last wine, Roberto Sarotto’s 2005 Briccobergera Barolo bought down the road for just €14. A tasting to remember with great wines and  great company. By then we had moved into tomorrow and were just hours away from our next scheduled tasting. Prices ex cantina for private sales: 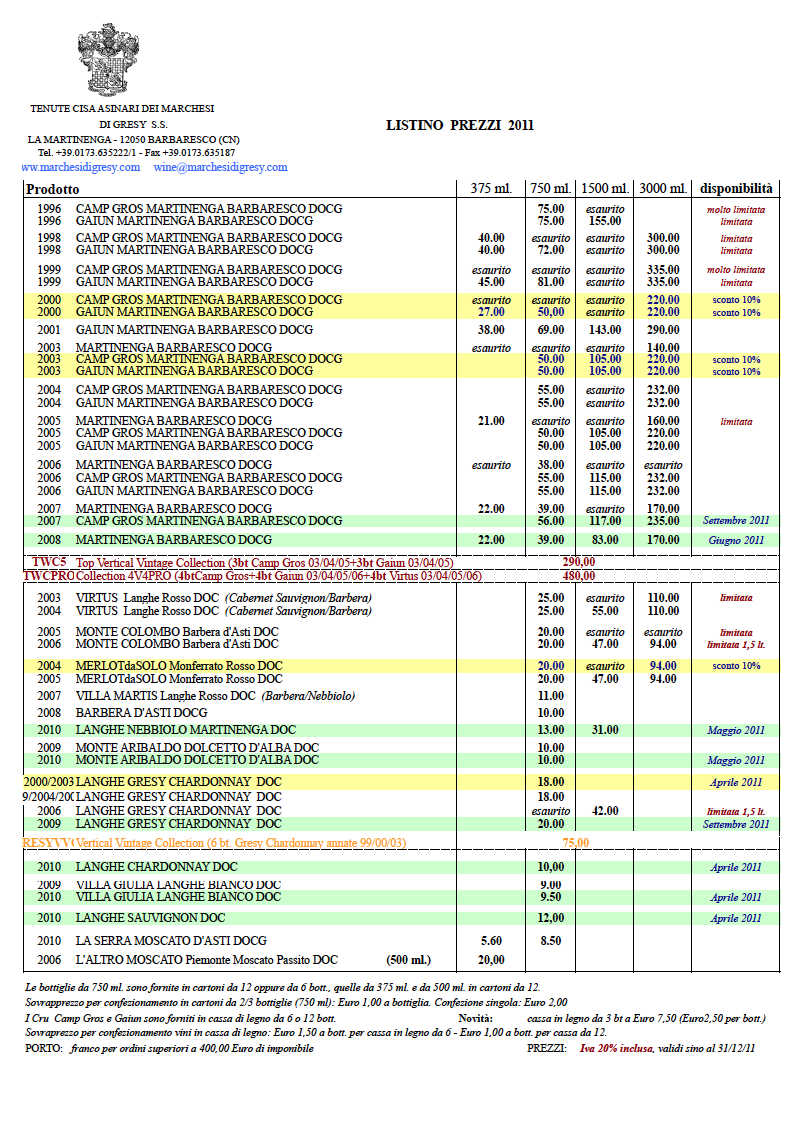