A month is a long time in the Langhe 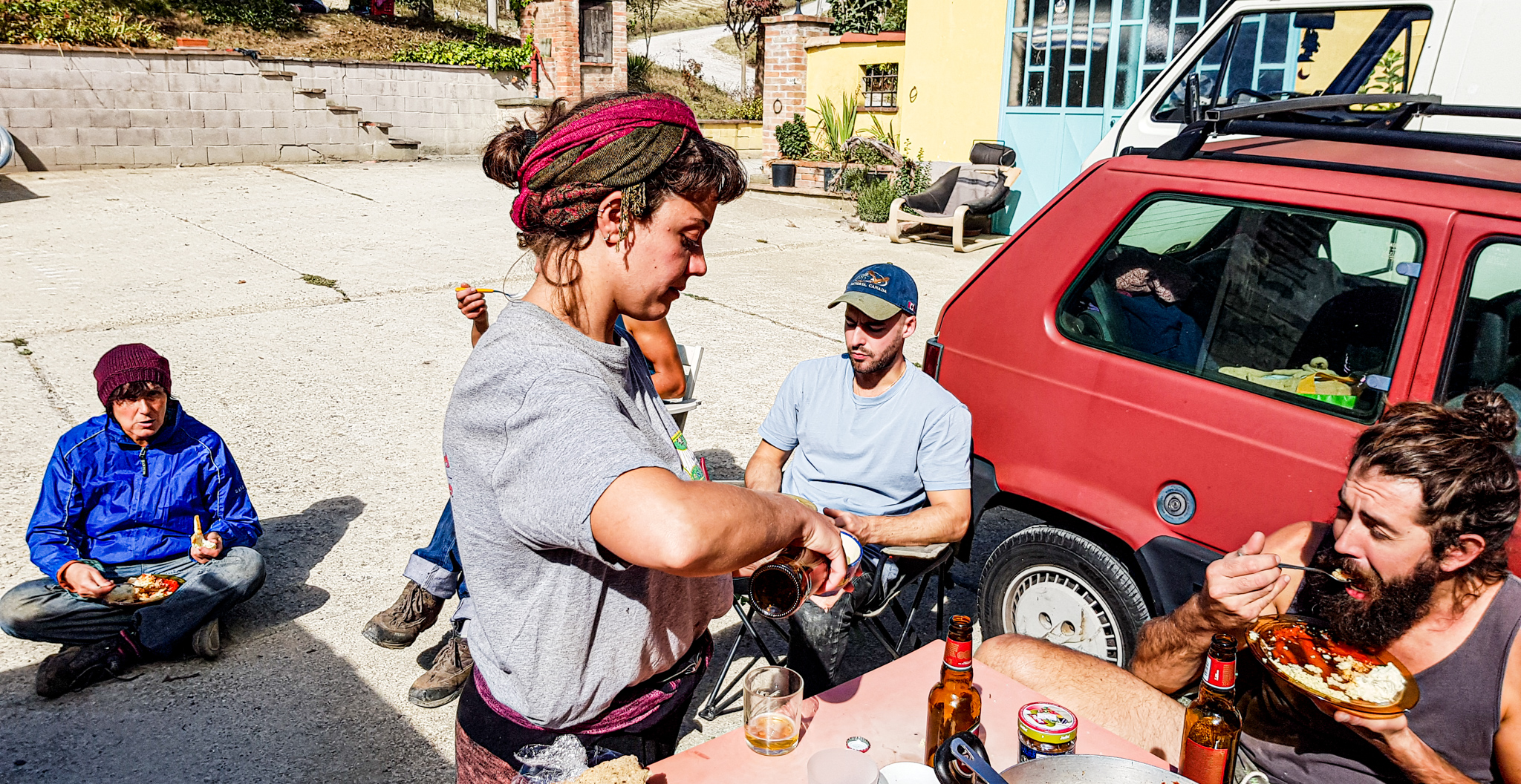 It was only last month that I stopped working in the winery – or in the vineyards and outside the winery with the pressure washer, to be precise – but it feels like a different geological epoch…

So, following the launch of my range of wines, harvest was back on and, as a perusal of the header photo will readily demonstrate, a lot of last year’s crew were back, including my boots, shown below for no particular reason.

Anyone who read my post about harvest last year will be aware that last year’s vintage was one of the best experiences of my life thanks to those I worked alongside.  So returning to pick with them was of the essence.

We had a very good growing season in our neck of the woods in 2021: though, if we’re being picky, we could have used a little rain from time to time.  Yields were down a bit on the average – perhaps 10% or so – but the overall quality was good.

In warm years, your vines can run into difficulties with heat-stress or water-stress.  A year such as 2003 had both problems, with very high temperatures allied to zero rainfall from March until November.  This year, the summer was reminiscent of 2016 in terms of heat – it still felt like July in September, but apart from a couple of weeks in August when we got above 35°C, the temperatures were not especially warm.  I did not fire up the air conditioning at home at all this year, the first time for some years.  However, in terms of water, 2021 was more akin to 2017, which was much drier.

If we end up with wines that reflect the growing season, I guess most of us here will be pretty happy: somewhere between 2016 and 2017 will give us something to work with in the glass when we open the bottles a few years hence…

And as you can see, we enjoyed some fine weather (and fine views) while picking…

The grapes this year looked good. If you don’t believe me, have a look below:

Once we had picked the grapes, then we had to get them back to the cantina and do this with them:

Of course, once my work with Chiara and Giorgio was done, there was the small matter of Halloween to attend to.  This is not something, if I am being honest, that means a lot to me – I have a single recollection of trick-or-treating when I was a youth of probably 8 years’, but nothing else except the odd ring of my doorbell by the little tinkers of today’s trick-or-treat generation.

Well, this now includes my own son.  He was very excited to be heading out with the other members of his massive into Alba town centre over the weekend of 30th & 31st October to harry shop keepers many and varied into handing over flavoured sugar.  Add 20 years to his age, and substitute cash for the sweets, and it would appear to me that we’re teaching our children how to racketeer.  (For what it’s worth, here’s Wikipedia’s definition: “Racketeering is a type of organized crime in which the perpetrators set up a coercive, fraudulent, extortionary, or otherwise illegal coordinated scheme or operation to repeatedly or consistently collect money or other profit.”  It sounds like trick-or-treating to me…)

We’re even teaching them to wear masks, the better to foil future CCTV footage of their adult selves in action.

Anyway, a good time was had by all.

The weekend following cessation of activities vinous and sugary crimes dubious, I went to a Burgers ‘n’ Bangers event in Bra.  It wasn’t called that, of course, for as you see, the ‘old bangers’ in question most certainly weren’t.

It was not a large gathering but there were some pretty nice cars there and the burgers in question were furnished by Ox, and were a cut above.

I have been visiting the odd winery here, tasting some of the good stuff from Piedmont there: Alta Langa, Arneis, Nascetta, Dolcetto, Barbera, Nebbiolo, Barbaresco, Barolo, Chinato, Grappa.  And I have stopped in just about every village in Barbaresco and Barolo – As well as the eponymous villages of each region, I hove-to in Neive, Treiso, Verduno, La Morra, Novello, Monforte d’Alba, Castiglione Falletto and Serralunga d’Alba.

Here are a few photos of my daily grind:

Byrne Vini has also been out socialising – since Byrne Vini is me.  Various evenings were enlivened by both fine company and fine wine (diplomacy dictates stating which one of those was finer is beyond the realm of practical politics).  A particularly fun evening was to be had – for both the reasons given – at the Stazione in Barbaresco, celebrating a friend’s birthday.  Food, conversation and music were in free supply, and there were plenty of interesting bottles to try, and interesting people to try them with.

I was especially interested in and impressed by the 4 sparkling wines by Brick & Mortar from California.  And Alexis & Matt, the proprietors and winemakers, were lovely, too.  If you see their wines, I’d recommend you buy some.

I also stayed at home from time to time, to have a couple of friends over and try this season’s White Truffles…

I don’t think that E & J Gallo will be scheduling any emergency-planning meetings over my 2-bottle sale, but Bill Gates started in his parents’ basement, or garage, or woodshed, or treehouse, or whatever.  Probably should have looked that up before writing it.  If only someone could invent something that meant I could do that really easily and quickly while I’m typing my blog posts…

So, that’s been my Piemonte – or PiemonteMio, if you will – since September.  I’ll try to do another blog post before Christmas, but I can’t promise it.  In the event that I don’t,